"Ethics is knowing the difference between what you have a right to do and what is right to do.”
– Potter Stewart, American Judge

According to the Institute for Global Ethics, there are five core ethical values that are common to many cultures, regardless of race, age, religious affiliation, gender, or nationality. An ethical person or organization should always strive to be:

Rotary International uses the Four-Way Test as their ethical guide for their personal and professional relationships. The test has been translated into more than 100 languages, and Rotarians recite it at club meetings:  Of the things we think, say or do: 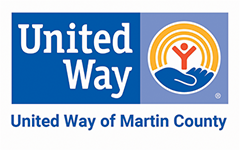 Here locally, the United Way of Martin County promotes and cultivates ethical behavior through its CHARACTER COUNTS! program - a collaborative of community organizations, schools, businesses and individual citizens committed to the development and enhancement of individual and community character.

Serving as guideposts for daily decision making, the "Six Pillars of Character" are:

Here are some examples of inappropriate behavior of past elected officials on the Martin County Board of County Commissioners.

Disrespect, Lack of Fairness .  Sitting Commissioners denigrating and personally attacking staff and applicants from the dais.  Disrespecting entire classes of people due to wealth, color or nationality. “Martin County is like Gucci, and not everyone deserves to shop in Gucci,” said former County Commissioner Anne Scott.

Irresponsible and Unfair. In 2013, the appellate court levied sanctions against the Martin County Conservation Alliance, 1,000 Friends of Florida and Richard Grosso of the Everglades Law Center for filing a frivolous lawsuit against Martin County. The County Commission forgave the majority of the sanctions on a vote of 4-1. Three of the commissioners did not recuse their vote although three of them were members of the Conservation Alliance.

What Can We Do to Create a More Ethical Martin County?

It’s no surprise residents want more accountability to demand greater ethical behavior on the part of our elected officials.  Now is the time to have a conversation about the creation of a Martin County Commission on Ethics.  It’s a simple way to discourage this behavior from happening in the future.

To ensure the independence of the Commission on Ethics, the following five individuals would be appointed by approved entities (not by the County Commission):

Their role would be to foster integrity in public services, to promote the public's trust and confidence in that service, and to prevent conflicts between private interests and public duties.

Ethical conduct is a crucial underpinning of our society, our communities, our government and our behavior as individuals.Ethics helps a business or organization strengthen its brand and its reputation. As citizens we should expect our elected officials to behave in an ethical fashion.We believe creating a Commission on Ethics will encourage that behavior.

One Martin is a 501(c)(4) organization and contributions are not deductible as charitable contributions for federal income tax purposes.

Copyright © 2022 One Martin. All Rights Reserved.